The energy patterns of the DNA bases, more hormones involved in weight loss, two enkephalins and chemicals involved in blood clotting.
For use by kinesiologists, chiropractors, NAET and EAV practitioners. etc.

BB76    Acetyl Coenzyme A         Synthesized in the mitochondria of all cells and is used to generate ATP in the Krebs cycle; involved in the synthesis of Ach in some nerve cells.      BB77    Actin     In order for muscle to contract myosin and actin must interact; actin-myosin interaction activates actomyosin ATPase which extracts energy from ATP for contraction.     BB78    Adenine One of the bases of DNA & RNA.          BB79a    Calcineurin         Speeds up the rate at which electrical signals in the brain die away, so affects long-term memory.    may have a role in dementia; post-traumatic stress Syndrome and heart failure. BB80    Calmodulin/Modulator Protein/ CaM/ Phosphodiesterase 3’:5’- Cyclic Nucleotide Activator     Calcium-binding protein found within  cells; many different biochemical processes known to be regulated by calmodulin, although the interactions of calmodulin with its various target enzymes are only poorly understood; has a regulatory effect on contraction and relaxation of smooth muscles; involved in gene regulation, protein synthesis, inflammation, short term memory, the immune response, viral penetration, and the cell cycle implicating it in AIDs, Alzheimer’s, certain cancers and other diseases.      BB81    Carbonic Anhydrase     Present in red blood cells and kidney cells; controls the elimination of carbon dioxide from the body and the pH of urine; facilitates the transfer of carbon dioxide from the tissues to the blood and from the blood to the alveoli (air sacs) of the lungs; involved in production of gastric acid.      BB82    Catalase     The decomposition of hydrogen peroxide8 into water and oxygen.      BB83    Cytosine One of the bases of DNA & RNA.     BB84    Dipeptidyl Peptidase IV         Arrests biological activity of  GLP1 and Substance P.      BB85    Fibrin     Insoluble; essential to blood clotting; formed from fibrinogen by the action of thrombin.      BB86    Fibrinogen     A clotting factor in blood plasma that is converted to fibrin; produced by liver and plasma cells; approximately 7% of blood plasma proteins.     BB87    Glycogen     The principal carbohydrate storage material in the body; plays an important role in controlling blood sugar levels.     BB88    Glycogen Phosphorylase A     Involved in converting glycogen to glucose.      BB89    Glycogen Synthase Involved in converting glucose to glycogen.      BB90    Guanine One of the basis of DNA & RNA.     BB91    Homocysteine     Formed from the breakdown of methionine; should exist only briefly before being broken down into cystathione and then cysteine; if does not happen efficiently then raised blood levels of homocysteine can occur.    Linked to atherosclerosis and Alzheimer’s disease; also to homozygous homocysteine (rare condition). BB92    Keratin     Produced in the skin epidermis; helps protect skin and underlying tissues from heat, microbes and chemicals.      BB93    Leucine Enkephalin     Produced in the adrenal medulla; inhibits pain impulses by suppressing release of Substance P; increased secretion into the blood stream when stressed.    Morphine stimulates enkephalin receptors. BB94    Methionine Enkephalin     Produced in the adrenal medulla; sedative effect; inhibits pain impulses by suppressing release of Substance P; increased secretion into the blood stream when stressed. In alcohol- and cocaine-pre¬ferring mouse strains, methionine enkephalin is lower in the hypothala¬mus; morphine stimulates enkephalin receptors. BB95    Myosin     In order for muscle to contract, myosin and actin7 must interact.      BB96    Prothrombin/ Factor II     Inactive protein synthesized by the liver, released into the blood, and converted to active thrombin7 in the process of blood clotting.      BB97    Terminal Transferase     A DNA polymerase that does not require a primer; catalyses the addition of nucleotides to DNA (involved in cell division).      BB98    Thrombin     Active enzyme produced from prothrombin; acts to covert fibrinogen to fibrin.     BB99    Thymine         One of the DNA bases.      BB100    Uracil One of the bases of RNA. 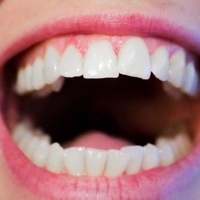