The Genius Of Natural Childhood

She explains why movement matters and how games develop children's skills at different stages of development.

Most of this book is given over to stories, action games, songs and rhymes, with just enough theory so you can follow the concepts in the book.

Sally Goddard Blythe is Director of the Institute for Neuro-Physiological Psychology, a respected researcher of children's learning difficulties and an authority on remedial programmes. Her books include The Well Balanced Child, What Babies and Children Really Need and Reflexes, Learning and Behaviour.

"One reason that many children are not ready for school at the age of 5 is that busy parents have abandoned nursery rhymes, bed time stories, singing lullabies and playing with their children says Sally Goddard-Blythe, an international authority on remedial programs.

Sally uses neuroscience to show just why such ‘old fashioned ways’ are the secrets of thriving children in her new book, The Genius of Natural Childhood.

Without these activities, a large proportion of five year olds are held back by baby reflexes, which can stop them holding a pencil properly or learning to read.

A Northern Ireland study found traces of baby reflexes in 48% of first year children and 35% of fourth years. Sally says, ‘It’s alarming the proportion of children with immature motor skills when they start school, regardless of intelligence. A significant percentage of children have problems they don't need to have. They seem to have missed out on early stages of development.

Singing to your child. Too much emphasis in the early years is placed on reading, writing and numeracy, and not enough on the benefits of singing.

In her book Sally says, "Singing traditional lullabies and nursery rhymes to babies and infants before they learn to speak, is an essential precursor to later educational success and emotional wellbeing.

Song is a special type of speech. Lullabies, songs and rhymes of every culture carry the 'signature' melodies and inflections of a mother tongue, preparing a child's ear, voice and brain for language. Babies are particularly responsive when the music comes directly from the parent. Singing along with a parent is for the development of reciprocal communication.

" Reading fairy tales: Sally also says that parents who shun traditional fairy tales in favour of 'more politically correct' modern books are missing vital chances to teach their children a moral code of life. Many people believe that the classic stories can stereotype people from minority groups and have instead chosen to read their youngsters more modern books.

But Sally Goddard-Blythe says traditional stories passed through generations are vital to a child's development. 'Fairy tales help to teach children an understanding of right and wrong, not through direct teaching, but through implication.

'Far from demonising the dwarfs, the story of Snow White shows that underlying the physical diversity there can be greater kindness and generosity than is found in the stereotypes of beauty and wealth so lauded by celebrity-worshipping cultures.' - School Days Magazine

Other Books by Sally Goddard: 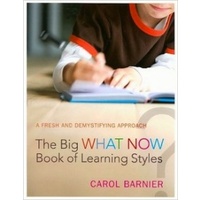 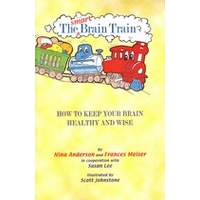