A4, Laminated and Double Sided

A4, Laminated and Double Sided

The seven chakras of the head are the well known Ajna and Sahasrara (the sixth & seventh chakras of the common seven) and the five other head chakras, mostly described in the Tantrika, Waidica and Puranica literatures. The different names of these seven chakras, their symbolic representations and their significance are presented on the front of this attractive card. At the back you will find their respective anatomical locations and an concise instructive text for each one. 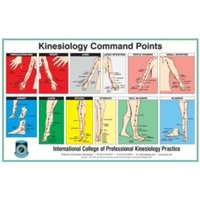 Iris and the Embryo chart (sale)