The Map of Consciousness Explained is an essential primer on the late Dr. David R. Hawkins's teachings on human consciousness and their associated energy fields.

Using muscle testing, Dr. Hawkins conducted more than 250,000 calibrations during 20 years of research to define a range of values, attitudes, and emotions that correspond to levels of consciousness. This range of values-along with a logarithmic scale of 1 to 1,000-became the Map of Consciousness, which Dr. Hawkins first wrote about in his New York Times bestseller, Power vs. Force.

In this book, readers will gain an introduction and deeper understanding of the Map, with visual charts and practical applications to help them heal, recover, and evolve to higher levels of consciousness and energy.

The Map of Consciousness Explained is perhaps, the end of a series books, which collectively are potentially life changing for the individual and the planet. David R Hawkins passed away some years ago, but this book was only published last year in 2020. It is, as if it has been waiting in the winds for a year like 2020 to come along to be presented to the world.

However, The Map of Consciousness Explained does in fact stand alone. It turns out to be quite a summary of the most important aspect of Hawkins’ work - the Map of Consciousness itself (from here I will refer to it as the MOC - which refers to the concept, not the book). So one does not have to start at the beginning (Power VS Force - 1994), but it is possible to begin at the end. If one has not read Hawkins before, starting here may be an exciting and rewarding ride.

In the words of a short description of the book:

“ The Map of Consciousness Explained is an essential primer on the late Dr. David R. Hawkins’s teachings on human consciousness and their associated energy fields. Using muscle testing, Dr. Hawkins conducted more than 250,000 calibrations during 20 years of research to define a range of values, attitudes, and emotions that correspond to levels of consciousness ".

For the world this research is unique and adds incredible value to our society. For the Kinesiology field it is a remarkable example of what can come from the simple muscle test. The MOC itself is a whole new world of personal study and reflection on everything to do with human growth and endeavour in this universe.

It should be said here that the MOC is not a chart of judgement or that of comparison between human beings. Hawkins goes to great lengths to explain why, and how it works in respect to our own individual personal evolvement and our state of being. This is most important, as even through all this perspective that the books continually engages with, it is often hard to avoid falling into the trap of seeing the MOC as a range of comparative values between people and between things in society, especially in respect to looking at oneself and other people or situations that one knows.

The author does go into great depth explaining each of the levels on the MOC in a separate sense, but even more importantly, in a collective sense, as he talks about how they relate to each other and how the movement upward on the scale happens. He uses examples right across society from how a person might live their life to how parts of society function. The MOC is not just a scale of where a person might be in their life, or at a point in their life, but also of where groups, concepts, creations and ideologies function. This is so incredibly interesting and thought provoking.

Many books are presented as life changing, which is a big call to make. However The Map of Consciousness Explained truly fits into the life changing category. It is a remarkable book and worthy of reading. In fact I wholly recommend picking it up, just for the sake of us humans moving forward in these modern global times.

David R. Hawkins’ contribution to world via muscle testing is immense. While the muscle testing played its part, the credit is on the man who brought this information forward and in the manner in which he did. He was an inspiring and ‘enlightened’ human being and teacher who needs to be read more widely. His expression and words of wisdom in all his books are valuable and encouraging. Perhaps not all will resonate with them, but perhaps enough will, and in doing so will make our world a better place.

Other books by David Hawkins, available on this site.........

Power VS Force An Anatomy of Consciousness  From over 20 years of kinesiology research the author has created a calibration system for all aspects of human endeavour - a kind of vibratory scale or ladder of consciousness for such things as: human attitudes, concepts & belief systems, as well as events, personages of history, spiritual teachings & literature etc. The concept, the research and the modern explanations are extremely fascinating and importantly, in presenting the information the author offers us wisdom and inspiration for us as individuals and as a collective. Chapters include: History & Methodology, Results & Interpretation, Levels of Consciousness, New Horizons in Research, The Source of Power, Database of Consciousness, Evolution of Consciousness. PLUS a number of chapters on the calibration system and: politics, the human spirit, creativity, genius, arts, sports, health, disease and wellbeing.

The Eye of the I The sequel to the best selling book: ‘Power Versus Force’ Like Power Versus Force, the Eye of the I is full of wisdom and understanding. If you have read the former then you will know the level of spiritual beauty and expression that this author writes at and will appreciate automatically how valuable this sequel is as a spiritual text. The Eye of the I has chapters on advanced awareness, the nature of God, beyond causality and more, along with dialogues and questions & answers. It makes many references to the calibrated levels and the previous book. For those who have not read the first book ‘Power Versus Force, it is recommended as initial reading. See Above I: Reality & Subjectivity Explains Calibated levels 850-1000, and follows on from Eye of I in its wonderful wisdom and insight. Truth VS Falsehood How to Tell the Difference  Probably the most challenging (to our beliefs etc.) of all David Hawkins's books. While his other books are devoted largely to personal spiritual truth and development, Truth VS Falsehood delves more into the levels of consciousness as they relate to the public eye and society. Paradoxically, it is the conservative nature of the views and interpretations that makes this book provocative. After reading his first three books, so full of wonderful wisdom and insight, TVF is may be bring some back to earth with a reaction. Transcending Levels of Consciousness The Stairway To Enlightenment  This instalment from David Hawkins brings us back to his map of consciousness in more detail than ever before. A full chapter is devoted to each emotional/spiritual level from Shame, calibrating at 20 to Enlightenment calibrating at 700+. This makes for valuable reading as one is taken through 18 topics such as guilt, anger and pride at one end of the scale to courage, reason, love and peace at the other. The important thing is that each is  discussed in the manner typical of Hawkins writings that has made him so famous and readable. Again the book is full of wisdom and insight and in being divided up into defined sections or areas, it is more of a practical manual or reference than any of his other books. Essential reading for users of Hawkins’ spiritual levels. Discovery of the Presence of God Devotional Nonduality  This, the sixth book in a progressive series by the author, finalises and further clarifies the true nature and core of the condition termed ‘enlightenment’. Although it draws on consciousness research for explanation and contextualisation, it is primarily an instruction manual for the serious spiritual devotee and reveals information that is known only by those who have transcended the ego to reach Divine Realisation. This is the inner route from the self to the self, and the descriptions of the progressive states are devoted to the reader’s own illumination Reality, Spirituality & Modern Man The 7th book in Hawkins’ series based on the revelations of consciousness research. This text explains how to differentiate perception from essence and thereby enables the reader to resolve the ambiguities and classical riddles that have challenged mankind for centuries. While modern technologies have provided a plethora of new toys and conveniences, the basic problems of human existence remain. The human dilemma is in fact more confused than ever before, and the very foundations of Western civilization have weakened under the onslaughts of rival factions and media barrage. This book provides the tools to survive and regain autonomy. Written with the wisdom that David Hawkins is well known for.

Healing And Recovery This eighth book by David Hawkins resulted from a group of lectures given by the author at the request of the original publisher of A Course In Miracles, along with members of several self help groups and a number of clinicians. In it you will learn why the body may not respond to traditional medical approaches. Specific instructions and guidelines are provided that can result in complete healing from any disease. Hailed by many is his greatest material yet.

Letting Go The Pathway of Surrender This work describes a simple and effective means by which to let go of the obstacles to Enlightenment and become free of negativity. During the many decades of the author’s clinical psychiatric practice, the primary aim was to seek the most effective ways to relieve human suffering in all its many forms. The letting go technique (surrender) was found to be of great practical benefit and is described in this book.

Along the Path to Enlightenment 365 Daily Reflections The spiritual teachings of David Hawkins on the nature of consciousness, spirit, and ego are known worldwide by students seeking to realize spiritual Truth. This collection of passages, carefully selected from Dr. Hawkins's extensive writings, offers readers a new contemplation for each day. Any one of these passages, fully understood, can elevate one's level of consciousness. 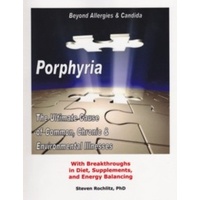 Your Body Has the Answer