Its well established that parents in western countries such as Australia currently do too much for their kids, albeit with good intentions. Before driving their kids to school (or station or bus stop) each morning most parents would have woken their children up, made their breakfast and lunch, depositing the latter in their schoolbags, before reminding them to get dressed and brush their teeth. All this well-intentioned activity may make for an easier life at home but it encourages children to be dependent on adults for longer. This is the exact opposite of what parents have done in the past, which is to develop their childrens independence and achieve the most important parenting outcome of all their own redundancy.
There are a number of reasons for this high level of dependency parenting, including family shrinkage (parents are able to do a great deal for kids in small families), older parents (often over-concerned about their children), busy lives (its easier to do than delegate) and a heightened fear that the world is a dangerous place for young people. While terms such as helicopter parents, bubble-wrapping kids and over-parenting are now common place, they are unhelpful and offer little direction for parents.

Spoonfed Generation will explain the importance of childrens independence and the vital stages to letting go. Never before has a generation been so dependent on their parents; now its time to remove the spoon and put it back in the drawer. How to Talk so Kids Can Learn Parenting From Your Heart Once Upon a Touch... 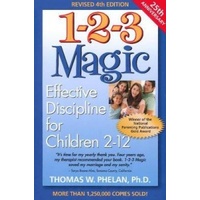