Please note before ordering this kit: Due to COVID issues this kit has been unavailable for some time. This has ultimately eventuated in a change in management of their manufacture and distribution. Current stock has only numbers on the labels, which matches the list below. Full descriptive labels will be available soon, and if you buy this kit now the full & complete labels will be sent on to you at a later date (perhaps 2-3 weeks).  LIMITED STOCK

VI 47    BK Virus    Many people who are infected with this virus are asymptomatic. If symptoms do appear, they tend to be mild: respiratory infection or fever. Past infection with the BK virus is widespread, but significant consequences of infection are uncommon, with the exception of the immune-compromised and the immunosuppressed. VI 48    California Encephalitis Virus     Causes encephalitis in humans. Characterized by fever, drowsiness, and lack of mental alertness and orientation. Seizures occur in 50% of children. Focal neurologic signs such as irregular and abnormal reflexes develop in 20% of children. 10% of patients develop coma. The total duration of illness rarely exceeds 10–14 days. Recurrent unprovoked seizures occur even after the illness has passed. This develops in 20% of patients, especially those who had seizures during the acute illness. In adults, infection is asymptomatic. VI 49    Colorado Tick Fever Virus /CTFV    Initial symptoms include fever, chills, headaches, pain behind the eyes, light sensitivity, muscle pain, generalized malaise, abdominal pain, nausea, and vomiting, as well as a flat or pimply rash. During the second phase a high fever can return with an increase in symptoms. Found almost exclusively in the western United States and Canada, mostly in high mountain areas such as Colorado and Idaho. VI 50    Cowpox    Red blisters, usually through contact with diseased domestic cats, sometimes directly from rats or domesticated house mice. VI 51    Eastern Equine Encephalitis Virus /EEE/ Triple E    Present in North, Central and South America and the Caribbean.  Symptoms include high fever, muscle pain, altered mental status, headache, meningeal irritation, photophobia, and seizures, which occur three to 10 days after the bite of an infected mosquito. VI 52    Everglades Virus    The virus circulates among rodents and vector mosquitoes and sometimes infects humans, causing a febrile illness with occasional neurological manifestations. Most clinical cases of infection occur in and around the city of Miami. VI 53    Hantavirus    Infection occurs through urine, saliva or contact with rodent waste products. May cause potentially fatal diseases in humans, such as hemorrhagic fever with renal syndrome (HFRS) and hantavirus pulmonary syndrome (HPS), but may be asymptomatic with no apparent health effects. VI 54    Human Foamy Virus    Has been isolated from patients with various neoplastic and degenerative diseases such as myasthenia gravis, multiple sclerosis, thyroiditis de Quervain, and Graves’ disease but the role of the virus is unclear. Recent studies indicate that it is not pathogenic in humans. VI 55    Human Herpes Virus 6    Cause of the common childhood illness exanthem subitum (also known as roseola infantum or sixth disease). Found in some patients with neuro-inflammatory diseases such as multiple sclerosis. VI 56    Human Herpes Virus 8 / Kaposi's Sarcoma-Associated Herpesvirus /KSHV/HHV-8    Kaposi's sarcoma, primary effusion lymphoma, some types of multicentric Castleman's disease. Healthy individuals can be infected with the virus and show no signs or symptoms, due to the immune system's ability to keep the infection in check. Infection is of particular concern to the immunosuppressed. Cancer patients receiving chemotherapy, AIDS patients and organ transplant patients are all at a high risk of showing signs of infection. VI 57    JC Virus / John Cunningham Virus    Initial site of infection may be the tonsils, or possibly the gastrointestinal tract. Then remains latent in the gastrointestinal tract and can also infect the tubular epithelial cells in the kidneys, where it continues to reproduce, shedding virus particles in the urine. Very common in the general population, infecting 70 to 90 percent of humans; most people acquire JCV in childhood or adolescence. It is found in high concentrations in urban sewage worldwide, leading some researchers to suspect contaminated water as a typical route of infection. Causes progressive multifocal leukoencephalopathy and other diseases only in cases of immunodeficiency. VI 58    La Crosse Virus    Mosquito-transmitted virus that can cause encephalitis, or inflammation of the brain. Occurs in the Appalachian and Midwestern regions of the United States. VI 59    Lassa Virus / Lassa Fever Virus    Causes Lassa haemorrhagic fever. Endemic in West African countries. VI 60    Lymphocytic Choriomeningitis Virus (LCMV)    Spread by the common house mouse. During the initial phase, lasting up to a week, common symptoms include fever, lack of appetite, headache, muscle aches, malaise, nausea, and/or vomiting. Less frequent symptoms include a sore throat and cough, as well as joint, chest, and parotid pain. Second phase starts several days after recovery, and consists of symptoms of meningitis or encephalitis. Congenital infection may lead to malformations such as intracranial calcifications, hydrocephalus, microcephaly or macrocephaly, mental retardation, and seizure. VI 61    Murray Valley Encephalitis Virus    Endemic to northern Australia and Papua New Guinea. Causal agent of Murray Valley encephalitis (previously known as Australian encephalitis); in humans can cause permanent neurological disease or death. VI 62    Puumala Virus    Haemorrhagic fever with renal syndrome. Found predominantly in Scandinavia and Finland, although it has also been reported elsewhere in Northern Europe, Poland and Russia.   VI 63    Rift Valley Fever Virus    Causes fever. Mainly in sub-Saharan Africa. VI 64    Ross River Virus    Causes an influenza-like illness and polyarthritis. The virus is endemic to Australia, Papua New Guinea, Fiji, Samoa, the Cook Is lands, New Caledonia and several other islands in the South Pacific. VI 65    Simian Virus 40    Found in both monkeys and humans. Has the potential to cause tumors, but most often persists as a latent infection. Polio vaccine contaminated with it in 1960’s. VI 66    Sindbis Virus    Symptoms include arthralgia, rash and malaise. Most common in South and East Africa, Egypt, Israel, Philippines and parts of Australia. VI 67    Tick-Borne Encephalitis Virus    Most often manifests as meningitis, encephalitis, or meningoencephalitis; mild fever can also occur. Long-lasting or permanent neuropsychiatric complications are observed in 10-20% of infected patients.

VI 68    Chikungunya Virus     Causes fever and joint pain; other symptoms may include headache, muscle pain, joint swelling, or rash. Transmitted by mosquito. Outbreaks have occurred in countries in Africa, Asia, Europe, and the Indian and Pacific Oceans and the Caribbean. There is a risk that the virus will be imported to new areas by infected travellers. VI 69    Herpes Virus 7     Often acts together with herpes virus 6; can cause a skin condition in infants known as exanthema subitum; also leads to or is associated with a number of other symptoms, including acute febrile respiratory disease, fever, rash, vomiting, diarrhoea, low lymphocyte counts, and febrile seizures, though often no symptoms present at all. Over 95% of adults have been infected and are immune to HHV-7, and over three quarters of those were infected before the age of six. VI 70    Parvovirus B19     Causes a mild rash illness called erythema infectiosum or Fifth Disease; more common in children than adults. People with weakened immune systems caused by leukemia, cancer, organ transplants, or HIV infection are at risk for serious complications from fifth disease. VI 71    Zika Virus     Most common symptoms are fever, rash, joint pain, and conjunctivitis. The illness is usually mild with symptoms lasting from several days to a week. Reports of Guillain-Barré syndrome and pregnant women giving birth to babies with birth defects and poor pregnancy outcomes have been linked to the virus. Outbreaks have occurred in areas of Africa, Southeast Asia, the Pacific Islands and South America. Transmitted by mosquitos. 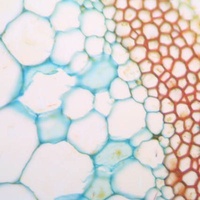 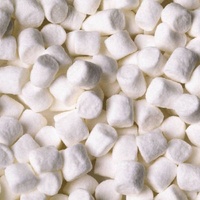