This is a test kit. Dispensing bottles (essences) are also available.

(This kit does not come with a storage box. If required go to our test kit accessories section) EE1 Balance For the times when we need more balance in our lives; when we find our energies easily disturbed and drained by other people and by our environment. Over-sensitivity, fragility and moodiness could indicate a need for this remedy. Collected from a rock protruding out into the rushing stream which runs through the magical Trevaylor Woods. It was a damp and misty day in winter with water dripping from the leaves, ferns and mosses which grew everywhere in great profusion. EE2 Comfort For times when energy and a willingness to persist are hard to find. It brings a feeling of gentle warmth into our lives. Feeling lost, vulnerable, defenseless and abandoned could indicate a need for this remedy. Collected at Godrevey, standing on a cliff overlooking the sea. The cliffs were carpeted with blue and yellow flowers. Although it was early June it was cold and overcast, but the underside of the lower clouds shone with a promise of better things to come. The sea seemed timeless as the waves broke on the shore. It was early evening and there were still people about, but they seemed frozen in their activity: two men fishing off one of the rocks, surfers in the sea and couples sitting in their cars and gazing into the distance. EE3 Energy & Realism Gives energy and stamina. It helps to bring realism to our activities, so that tasks can be started and accomplished in a balanced manner. Both obsessive and unfocussed behaviour become less extreme. Feeling frantic and indecisive could indicate a need for this remedy. Collected by perching on a hump of granite, partly surrounded by spring water emerging from rock-strewn moorland between Bosigran Cliffs and the towering Carn Calver. This was collected on the same day as "Need", when the earlier bright skies had clouded over, giving the wind even more bite. EE4 Inner Wisdom For times when we are lacking discernment and discipline in our lives. We may feel that life is chaotic and uncertain, even while we present an air of power, wisdom and competence to others. The inner life does not correspond with the outer world’s perception. Often our energy levels will appear to others to be high, but this mirage is maintained at great cost to ourselves. Collected from a wide fissure in a massive rock outcrop on the north coast of Cornwall between Zennor and Morvah. It was a cold, bright day. From this place high on the cliffs, the long Atlantic swells could be seen and heard breaking over the rocks below, and gulls soared over the cliffs. EE5 Need Helping us to distinguish between needs and wants; it gives the quiet security that our needs will be met. Feelings of jealousy, frustration, disappointment, insecurity, fearfulness and an inability to settle and be still could indicate a need for this remedy. Collected from a partly ruinous stone circle on Bosporthennis Moor to the west of Mulfra Hill. It is thought by some to be the remains of a hut circle rather than a true stone circle, but has a great feeling of “rightness”. The bright sunshine failed to warm the bitter March wind blasting across the moor. EE6 Pain For pain, bewilderment and a sense of isolation, when even feeling these emotions seems to demand too much energy. Feelings of weakness and helplessness could indicate a need for this remedy. Collected from the seaward end of the Cot Valley. The valley is steep sided and rocky, opening to the sea between high cliffs where the stream runs into a small cove famed for its smoothly rounded boulders. On a day of seemingly interminable rain, with the land shrouded in mist, when we arrived to collect this energy the sky lightened and rain stopped. I had established several days before that the new essence would be called "Pain" and, as I climbed up towards the site, I was feeling it, having squashed my toe under a door the previous day. The place I wanted turned out to be a craggy point overlooking the Brisons Rock, where the swell heaved and broke fitfully. EE7 Space For times when we need physical, emotional, mental or spiritual space. When things press in on us so that we cannot think clearly or see our way forward, this essence helps to create the possibility for much needed change. It helps us to find vision and continuity within our roots. Feeling overwhelmed or inadequate could indicate a need for this remedy. This essence was collected from high on the sides of Carn Calver. A strong wind blustered off the wide Atlantic to the west and open moorland stretched to distant carns on the other sides. The area was strewn with lumps of granite tumbled from the summit like some giant’s toy building blocks. A great weather-sculpted slab of rock provided the focus of the energy. 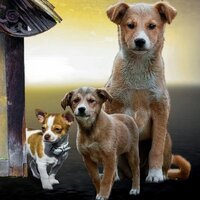 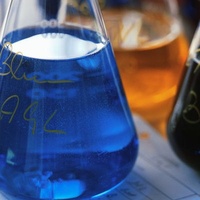 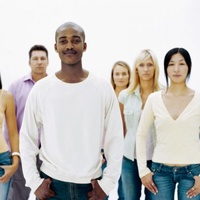 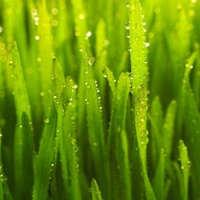