Biofilms can make bacteria in the body difficult to find and counteract. A biofilm comprises any group of microorganisms in which cells stick to each other and often also to a surface. These adherent cells become embedded within a slimy extracellular matrix that is composed of extracellular polymeric substances (EPS). The cells within the biofilm produce the EPS components, which are typically a polymeric conglomeration of extracellular polysaccharides, proteins, lipids and DNA. Because they have three-dimensional structure and represent a community lifestyle for microorganisms, they have been metaphorically described as "cities for microbes".

Dental plaque is a biofilm or mass of bacteria that grows on surfaces within the mouth. It is a sticky colourless deposit at first, but when it forms tartar, it is often brown or pale yellow.    For use in energy work by Kinesiologists, Bioresonence Pratitioners etc. 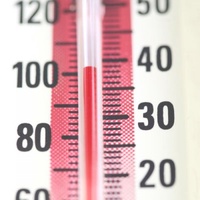