3. Mesenchymal Stem Cells/ stroma cells (Adult stem cell)
The adult bone marrow has been generally considered to be composed of hematopoietic tissue and the associated supporting stroma. Within the latter compartment, a subset of cells with multipotent differentiation capacity exists, usually referred to as mesenchymal stem cells.

6. Skin Stem Cells (Adult stem cell)
The skin's elixir for maintaining tissue homeostasis, regenerating hair, and repairing the epidermis after injury is its stem cells, which reside in the adult hair follicle, sebaceous gland, and epidermis.

8. Telomeres
Telomeres are the protective caps on the ends of the strands of DNA called chromosomes, which house our genomes. In young humans, telomeres are about 8,000-10,000 nucleotides long. They shorten with each cell division, however, and when they reach a critical length the cell stops dividing or dies.

9. Telomeric DNA
The telomere is a nucleoprotein complex located at the ends of eukaryotic chromosomes. It is essential for maintaining the integrity of the genome. It is not a linear structure and, for much of the cell cycle, telomeric DNA is maintained in a loop structure, which serves to protect the vulnerable ends of chromosomes.

10. Telomerase
Telomerase is the enzyme responsible for maintenance of the length of telomeres by addition of guanine-rich repetitive sequences. https://pubmed.ncbi.nlm.nih.gov/21417995/

(11-19) Mitochondria
Mitochondria are membrane-bound cell organelles (mitochondrion, singular) that generate most of the chemical energy needed to power the cell's biochemical reactions. Chemical energy produced by the mitochondria is stored in a small molecule called adenosine triphosphate (ATP).  The term mitochondrion was coined by Carl Benda in 1898. The mitochondrion is popularly nicknamed the "powerhouse of the cell", a phrase coined by Phillip Siekevitz in a 1957 article of the same name.

19. Mitochondria: Oxidative Phosphorylation
Oxidative phosphorylation provides most of the ATP that higher animals and plants use to support life and is responsible for setting and maintaining metabolic homeostasis.

20. Oxidative Stress
Oxidative stress is a phenomenon caused by an imbalance between production and accumulation of oxygen reactive species (ROS) in cells and tissues and the ability of a biological system to detoxify these reactive products.

21. Free Radicals: Superoxide Radicals
A free radical can be defined as any molecular species capable of independent existence that contains an unpaired electron in an atomic orbital. The presence of an unpaired electron results in certain common properties that are shared by most radicals. Many radicals are unstable and highly reactive. They can either donate an electron to or accept an electron from other molecules, therefore behaving as oxidants or reductants.

26. Environmental Stressors Mix: UV, ionizing radiations, pollutants, xenobiotics
Free radicals and other ROS are derived either from normal essential metabolic processes in the human body or from external sources such as exposure to X-rays, ozone, cigarette smoking, air pollutants, and industrial chemicals.

(27-30) Yamanaka Transcription Factors
In 2012, Dr. Shinya Yamanaka won the Nobel Prize for the discovery that “mature cells can be reprogrammed to become pluripotent”.  Yamanaka and his research team discovered “a group of protein transcription factors that play a vital role in the creation of induced pluripotent stem cells (cells that have the ability to become any cell in the body), often called iPSCs. They control how DNA is copied for translation into other proteins.” This group of four (Oct3/4, Sox2, Klf4, c-Myc) are called the Yamanaka Transcription Factors. 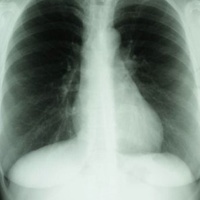 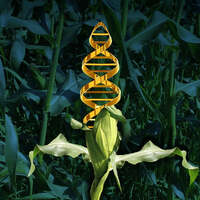 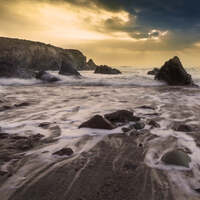 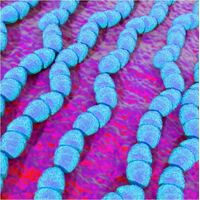