(When ordering any kits remember to order storage boxes for the vials. If required go to our test kit accessories section)

PH13B 34 Adeno Carcinoma, Metastatic Metastatic adenocarcinoma can crop up in different parts of the body.

PH13B 35 Adeno Malignum A rare variant of Adenocarcinoma of the uterine cervix.

PH13B 36 Bartholin Cyst A small fluid-filled sac just inside the opening of a woman's vagina.

PH13B 37 Brenner Tumour Uncommon subtype of the surface epithelial-stromal tumour group of ovarian tumour. The majority are benign, but some can be malignant.

PH13B 40 Cervicitis An inflammation of the cervix; possible symptoms include bleeding between menstrual periods, pain with intercourse, and abnormal vaginal discharge, but may be without symptoms.

PH13B 41 Cervicitis, Tuberculous Cervix affected by TB from elsewhere in the body.

PH13B 44 Cervix, Nabothian Cysts Mucous-filled cyst on the surface of the cervix, usually requiring no treatment.

PH13B 45 Cervix, Squamous Cell Carcinoma Squamous cells are the flat, skin-like cells covering the outer surface of the cervix; between 70% to 80% of cervical cancers.

PH13B 46 Chorio Epithelioma / Chorioblastoma / Choriocarcinoma / Chorionic Carcinoma A malignant, fast-growing tumour that develops from trophoblastic cells (cells that help an embryo attach to the uterus and help form the placenta); spreads through the blood to other organs, especially the lungs. Also called chorioblastoma, choriocarcinoma, and chorionic carcinoma.

PH13B 47 Corpus Luteum, Cyst Can lead to painful symptoms; may go away on their own, but some may require treatment.

PH13B 48 Disgerminoma A type of germ cell tumour; usually malignant and usually occurs in the ovary.

PH13B 52 Endometritis, Chronic Inflammation of the inner lining of the uterus; symptoms may include fever, lower abdominal pain, and abnormal vaginal bleeding or discharge.

PH13B 53 Endometrium, Early Proliferative The time during the menstrual cycle when a layer of endometrial cells is prepared for attachment of a fertilised egg.

PH13B 54 Endometrium, Cancerous Polyp Cancerous overgrowths of tissue cells in the lining of the uterus.

PH13B 55 Endometrium, Decidual Change Decidualisation is a process that results in significant changes to cells of the endometrium in preparation for, and during, pregnancy.

PH13B 61 Krukenberg Tumour A malignant tumour in the ovary that metastasised from a primary site, often the gastrointestinal tract.

PH13B 62 Myometrium The middle layer of the uterine wall; main function is to induce uterine contractions.

PH13B 64 Ovary, Chorioepithelioma A malignant, fast-growing tumour; most commonly found in uterus, but a small number form in an ovary.

PH13B 65 Ovary, Endometriosis Tissue similar to the tissue that normally lines the inside of your uterus growing in the ovary; often very painful.

PH13B 70 Ovary, Sarcoma A cancer originating in the connective tissue.

PH13B 75 Vagina, Sarcoma, Primary This cancer has spread from the primary site elsewhere in the body. Develops in the connective tissue cells or muscles cells in the walls of the vagina.

PH13B 76 Vagina, Sarcoma, Secondary This cancer has spread from the primary site elsewhere in the body. Develops in the connective tissue cells or muscles cells in the walls of the vagina

PH13B 78 Vulva, Epithelioma Can be malignant or non-malignant.

PH13B 79 Vulva, Kraurosis Atrophy and shrinkage of the skin of the vulva often accompanied by a chronic inflammatory reaction in the deeper tissues.

r of the body. 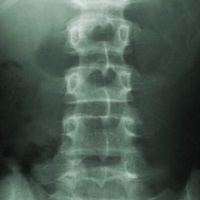 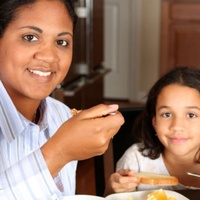 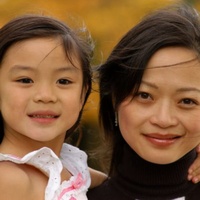