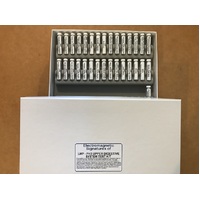 PH301    Adenocarcinoma, Mucinous, Stomach Cancer arising from glandular tissue in the stomach; the cancer cells produce mucin in significant amounts. PH302    Adenocarcinoma, Stomach / Gastric Cancer / Gastric Carcinoma / Stomach Cancer     Cancer arising from glandular tissue in the stomach. PH303    Barrett's Disease With Severe Dysplasia, Esophagus A condition in which the cells lining the lower part of the esophagus have changed or been replaced with many abnormal cells that could lead to cancer of the esophagus. PH304    Carcinoma, Mucinous, Stomach / Colloid Carcinoma Of Stomach Cancer that began in the tissues that line the  stomach; the cancer cells secrete conspicuous quantities of mucin. PH305    Carcinoma, Small Intestine Cancer that began in the tissues that line the small intestine. PH306    Celiac Disease/ Sprue / Coeliac Disease     An inherited disease where the intestinal lining is inflamed in response to a protein known as gluten. PH307    Crohn's Disease, Small Intestine / Inflammatory Bowel Disease / Regional Enteritis / Ileitis / Granulomatous Ileocolitis     Inflammation and ulceration and thickening of wall as a result of a chronic autoimmune disease. PH308    Duodenum         The first part of the small intestine connecting the stomach and the ileum PH309    Enterititis, Subacute         Inflammation of the small intestine, with characteristics between acute and chronic. PH310    Esophagus         The muscular tube through which food passes from the throat to the stomach. PH311    Esophagus - Viral Changes And Fungus (HIV Positive) Changes in the tissue of the esophagus brought about by viral and fungal infections in someone who is HIV positive. PH312    Esophagus, Middle Region / Eosophagus     Middle region of the tube connecting the pharynx and the stomach. PH313    Gastritis With  Helicobacter, Stomach     Inflammation of the stomach with the bacterium helicobacter present. PH314    Gastritis, Acute And Chronic, Stomach     Inflammation of the stomach, showing both acute and chronic changes. PH315    Gastritis, Early Hypertrophic         Inflammation of the stomach, showing early signs of increase in cell size. PH316    Herpes, Esophagus         The esophagus showing tissue changes as a result of infection with herpes. PH317    Ileum The last part of the small intestine. PH318    Jejunum         Portion of the small intestine that extends from the duodenum to the ileum. PH319    Leiomyosarcoma, Small Intestine         A tumor of the muscles in the small intestine. PH320    Linitis Plastica         Malignant infiltration of the gastric wall, usually involving the deep layers of the stomach. PH321    Peptic Ulcer, Chronic /    Gastric Ulcer Of Stomach     An ulcer in the wall of the stomach or duodenum resulting from the action of the gastric juice on the mucous membrane. PH322    Polyp, Inflamed, Stomach An inflamed projecting growth in the stomach, usually benign. PH323    Pyloric Sphincter / Pyloro-Duodenal Junction     The junction between the stomach and the small intestine. PH324    Pylorus    / Pyloric Region     The region of the stomach that connects with the duodenum (first part of small intestine). PH325    Stomach         Part of the digestive system; helps in the digestion of food by mixing it with digestive juices and churning it into a thin liquid. PH326    Stomach, Cardiac Region         Region surrounding the superior opening of the stomach. PH327    Stomach, Fundic Region         The part of the stomach that is furthest away from its opening with the esophagus. PH328    Ulcer With Candida, Benign, Stomach         Non-malignant ulcer showing presence of candida in stomach. PH329    Ulcer With Repair, Benign, Esophagus         Non-malignant ulcer showing evidence of repair in esophagus. PH330    Ulcer, Tuberculous, Small Intestine         Ulcer in stomach caused by tuberculosis. PH331    Ulcer, Typhoid, Small Intestine         Ulcer in small intestine caused by typhoid.