PH601    Abscess, Cerebellum A localised collection of pus caused by suppuration in the cerebellum. PH602    Cerebellum         The portion of the brain in the back of the head between the cerebrum and the brain stem; it controls balance for walking and standing, and other complex motor functions. PH603    Cerebral Hemorrhage / Cerebral Haemorrhage     A sudden and abrupt bleeding into the tissue of the brain; usually occurs as the result of a weakened artery from the effects of high blood pressure and atherosclerosis. PH604    Cerebral Softening         A localised softening of the brain substance due to inflammation or haemorrhage. PH605    Cerebrum         The largest part of the brain, controlling muscle functions speech, thought, emotions, reading, writing, and learning. PH606    Dementia, Paralytica / Paralytic Dementia Dementia and paralysis resulting from a chronic syphilitic meningoencephalitis. PH607    Encephalitis, Post-Vaccinal         Inflammation of the brain as a result of vaccination. PH608    Glioblastoma Multiforme         A malignant brain tumour that accounts for 75% of glial tumours (arising from glial cells in the brain). PH609    Hippocampus         Part of the limbic system of the brain, involved in emotions and memory. PH610    Infarct, Cortical, Brain         Tissue death due to a local lack of oxygen in the cerebral cortex (outer layer that covers the cerebrum, functions chiefly in coordination of sensory and motor information). PH611    Infarct, Old, Cerebellum         An old area of tissue death due to a local lack of oxygen in the cerebellum (concerned especially with the coordination of muscles and the maintenance of bodily equilibrium). PH612    Medulla Oblongata         Lower part of brain stem; controls autonomic functions; relays nerve signals between the brain and spinal cord. PH613    Meningioma, Brain         Common benign brain tumour that originates in the cells of the outer covering of the brain (meninges). PH614    Meningioma, Brain, Malignant         Malignant tumour the cells of the outer covering of the brain (meninges). PH615    Meningitis With Cortical Oedema         Inflammation of the meninges with fluid retention in the cortex. PH616    Meningitis, Pneumococcal         Inflammation of the meninges of the brain as a result of infection by strep pneumoniae. PH617    Meningitis, Tuberculous         Inflammation of the meninges of the brain as a result of tuberculosis. PH618    Nerve         A bundle of fibers that uses electrical and chemical signals to transmit sensory and motor information from one body part to another. PH619    Nerve, Peripheral         The nerves outside of the brain and spinal cord; they contain non-neuronal cells and connective tissue as well as axons. PH620    Neuroblastoma         Cancer that arises in immature nerve cells and affects mostly infants and children. PH621    Neurofibroma         A benign tumor that develops from the cells and tissues that cover nerves. PH622    Pilocytic Astrocytoma, Brain /Juvenile Astrocytoma     A nerve-tissue tumor composed of astrocytes; the most common brain tumor in children. PH623    Sympathetic Ganglion         A group of nerve cell bodies either close to the spinal column or close to the large abdominal arteries. PH624    Thalamus         A large mass of gray matter deeply situated in the forebrain; relays information received from  various brain regions to the cerebral cortex. PH625    Toxoplasmosis, Brain         Brain showing symptoms caused  by toxoplasma gondii, often contacted via cat faeces. 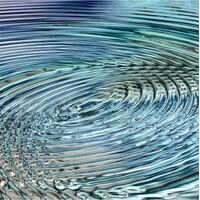